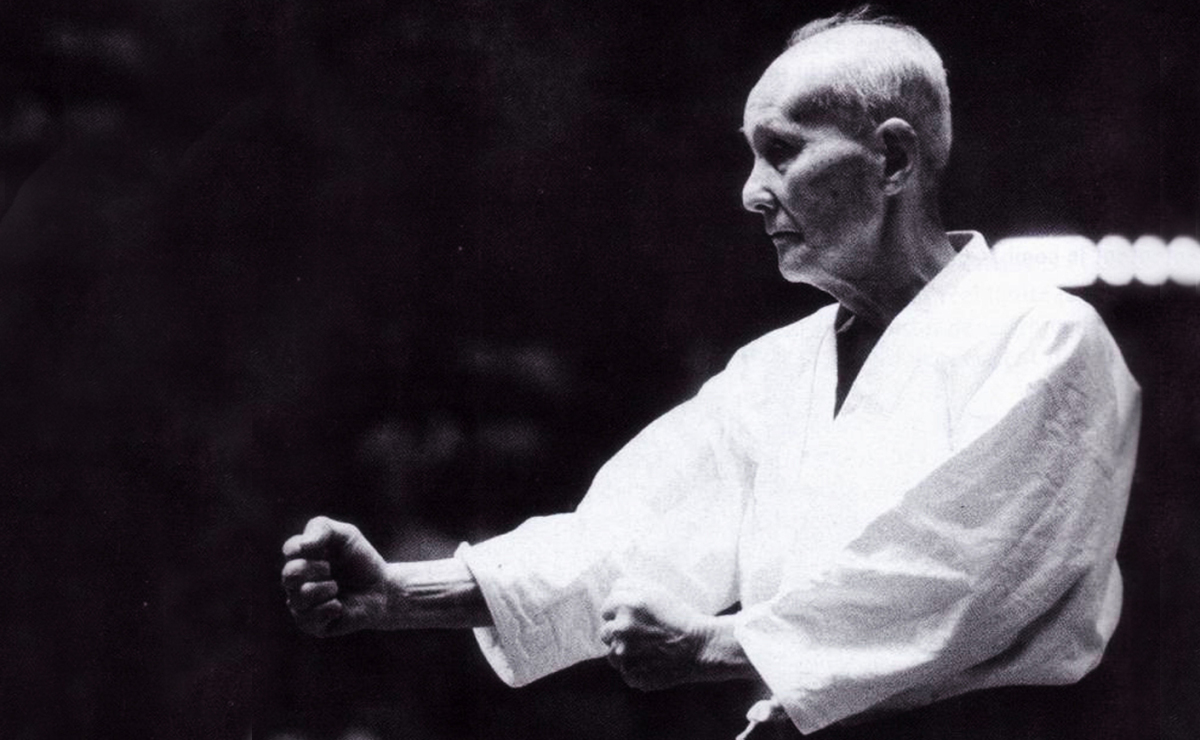 Otsuka’s training in Martial Arts began at 5 years of age and he spent most of his youth training in Shindo Yoshin Ryu Ju-Jitsu. In 1921, Otsuka became a master of that school.

Ohtsuka’s first encounter with Karate was a year later at the 1922 sports festival in Tokyo where Gichin Funakoshi was invited by the Japanese Education Department to demonstrate his style of Okinawan Karate (Tode). Ohtsuka was impressed and visited Funakoshi on several occasions. He went on to study Shotokan karate under Gichin Funakoshi for more than 10 years and was Funakoshi’s assistant instructor.

Otsuka begun to train with other famous martial artists including Kenwa Mabuni and Choki Motobu. He was also teaching at Tokyo University where his style of Karate mixed with Ju-Jitsu techniques allowed students to practice free sparring. This was in conflict with Funakoshi ‘s ideas who did not believe that sparring was necessary for realistic training and in the early 1930’s the two men parted ways.

Otsuka named his style of Karate when he visited a Martial Arts festival in 1940, Otsuka was asked to register the name of his school and called it Wado Ryu.

Otsuka began to make very noticeable changes within his Karate, he used much of his knowledge of Ju-Jitsu, which he mixed with Funakoshi’s Shotokan karate. This became apparent in the more upright stances and more fluid techniques. In the use and ideas of Ju-Jitsu, with the emphasis on non-opposition to strength, and the traditional ways of the Okinawan Karate gave a softness to Wado Ryu Karate. Hironori Otsuka’s Wado Ryu style is tremendously fast.

Otsuka received high awards within Japan for his contributions to karate. In 1982 at the age of 89 he was recognised as being the oldest practicing Karateka in the world.